If nothing else, the West is known for its open spaces. In some areas, there’s nothing but nature. In others, there’s little more than a dirt road and a few signposts.

So many of these public lands are free of excess (or any) development and available for our enjoyment, oftentimes at no cost. It’s this magazine’s position that it should remain that way without exception. The preservation of our public lands for each future generation is paramount.

It’s no surprise that the 13 states that make up the West have the 13 highest percentages of federally-owned land in the country. That is, public land managed for our use by the Bureau of Land Management, the Forest Service, the Fish and Wildlife Service, and most famously – the National Park Service.

According to the Congressional Research Service, a whopping 80% of land in Nevada is federally owned. Utah (63%), Idaho (62%), Alaska (61%) and Oregon (52%) are the other states where more than half of land is federally owned. (Note that the Department of Defense’s sites account for a small portion of these percentages… and also that state lands and city lands designated for public use are not included.)

In this issue, our contributors climb Mount Shasta, go sandboarding at Great Sand Dunes National Park, hike the entirety of the Arizona Trail, make unique detours down a desert dirt road and more.

These experiences would not be possible without land stewardship – from federal and state government employees and volunteers via our tax dollars to organizations like Leave No Trace that work to ensure a sustainable future for the outdoors.

It also takes all of us.

Firstly, we need to be vocal and advocate against any mismanagement of these lands, such as developments that lead to their destruction or cause environmental harm.

Secondly, we need to personally take care of them. Leave these places as you found them or better than you found them. I’ve been in some of the most desolate camping areas in the West and still usually find old beer cans, plastic bags and cigarette butts. Not to mention the most common litter of the 2020s – surgical masks.

During the Second Industrial Revolution, as cities grew denser and mass production exploded, President Theodore Roosevelt established the Forest Service, designated five national parks and 18 national monuments, and placed under protection some 230 million acres of land, more than all of his predecessors combined. But was it enough?

In his excellent book, The Wilderness Warrior, author Douglas Brinkley says of T.R., “He was emotionally a forest preservationist while politically a utilitarian conservationist.” Simply, that is to say he idealized the preservation of wilderness areas but like Gifford Pinchot, the first head of the Forest Service, he was a believer in the “wise use” of natural resources.

Our public lands are in great need of both preservation and conservation today. Preservation regarding land still untouched and conservation in already developed areas. Reasonable disagreements on the issues are expected and discussion is encouraged.

Nonetheless, we can all likely agree on Teddy’s thoughts on public lands: “We have fallen heirs to the most glorious heritage a people ever received, and each one must do his part if we wish to show that the nation is worthy of its good fortune.”

Be worthy… and enjoy the open space.

Matt Harding is the publisher and editor of American West. 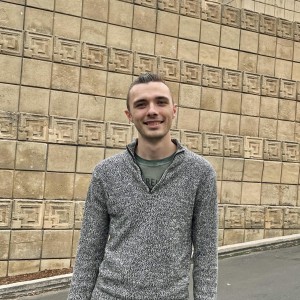